Originally started under the auspices of Dr. Wayne Rowley in 1968, the Medical Entomology Laboratory at Iowa State University has maintained an internationally recognized mosquito/mosquito-borne disease surveillance program for the state of Iowa for almost 50 years. In collaboration with the Iowa Department of Public Health and the State Hygienic Lab (Iowa City, IA) the mosquito surveillance program provides public health officials and the general public with information about mosquito populations and their potential to transmit disease agents in the state of Iowa.

In addition to the West Nile Surveillance that has been performed over the last 15 years, we are also excited to expand our surveillance efforts to identify the distribution of Aedes aegypti and Aedes albopictus (vectors of Zika, Dengue, Chikungunya) in the state of Iowa.

All current and historical mosquito abundance data collected as part of the mosquito surveillance program can be viewed on the Iowa Mosquito Surveillance website. 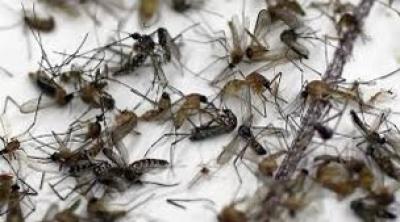