About the Whitham Lab

Research in the Whitham lab is centered on an interest in the molecular mechanisms that underlie viral and fungal pathogenicity as well as resistance against these organisms. Our research projects involve studies in soybean and corn as well as model host plants such as Arabidopsis thaliana and Nicotiana benthamiana. To facilitate our basic research, we also develop virus-based tools that can be used for studying the functions of plant genes. These virus-based tools enable the expression or silencing of genes in crop plants, such as corn and soybean, so we can determine the networks of genes that are activated by pathogens. Plant genes identified in these studies are providing insight into ways in which successful pathogens interact with and manipulate their hosts and by which plants deploy defense mechanisms. The four major research projects are aimed at: 1) identifying genes that determine the outcome of host-virus interactions, 2) the molecular interactions of soybean and the soybean rust fungus (Phakopsora pachyrhizi) as well as corn and the common rust fungus (Puccinia sorghi), 3) Networks of genes that control immunity in soybean and maize, and 4) developing viral vectors for gene function analyses in crop plants. 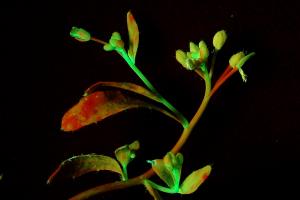 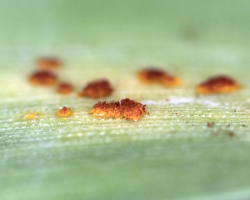