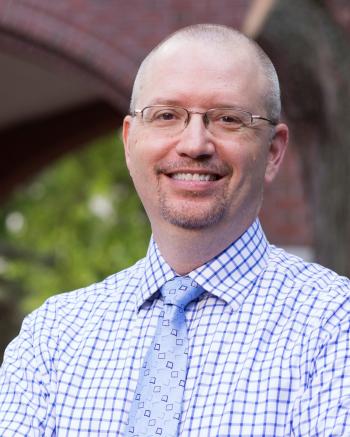 Pronouns
he/him/his
Position
Dr. Gentile does not expect to be admitting any graduate students in the near future.

Dr. Douglas Gentile is an award-winning research scientist, educator, author, and is professor of psychology at Iowa State University. His experience includes over 30 years conducting research with children and adults. He is the editor of the book Media Violence and Children (2 editions), and co-author of the books Violent Video Game Effects on Children and Adolescents: Theory, Research, and Public Policy, Game On! Sensible Answers about Video Games and Media Violence, Learning from Video Games (and everything else), and Finding the Freedom to Get Unstuck and be Happier. He has authored over 140 peer-reviewed scientific journal articles, including studies on the positive and negative effects of mass media on children in several countries, video game addiction, and mindfulness practices for reducing anxiety and increasing happiness.

Dr. Gentile runs the Media Research Lab at Iowa State University where he conducts research on media’s impact on children and adults. As the leader of this effort, Dr. Gentile develops and conducts research projects designed to give parents and other caregivers the kind of information they need and want to make informed media choices for their children. His research has been supported by several grants, including grants from the National Institute of Child Health and Human Development and the Centers for Disease Control.

Dr. Gentile speaks internationally to community, education, health care, and parent groups. Praised as an engaging and energetic speaker, he speaks about issues such as the connection between media and brain development, the effects of television and video game violence, the effects of tobacco and alcohol advertising on adolescents, and the psychology of advertising. He has been featured on such radio shows as National Public Radio’s Morning Edition, To the Point, the BBC World Service, and his work has been reported on CNN, Good Morning America, The Today Show, Jo Frost’s Extreme Parental Guidance, as well as the New York Times, Washington Post, Los Angeles Times, and hundreds of other newspapers and television stations internationally. He was the creator and host of the monthly radio show The Science of Parenting.