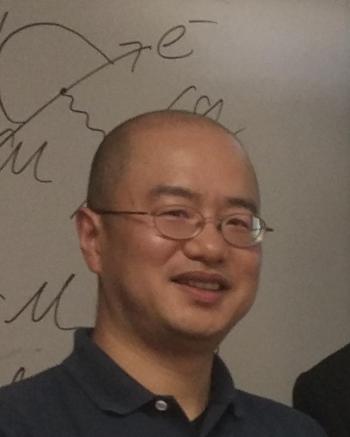 Position
I am an experimental physicist who carries out research in the area of elementary particle physics, also referred as high-energy physics (HEP). I received my Ph.D. from University of Pennsylvania in 2003 working on the CDF II experiment at Fermilab. Afterwards I carried out my research work with the BaBar experiment at the SLAC National Accelerator Center as a postdoctoral associate at University of Maryland. I joined Iowa State University in 2009.

I carry out my research in the area of experimental elementary particle physics, also referred as high-energy physics (HEP). High-energy physicists study the subatomic particles (subatomic particles are particles much smaller than atoms) that are the fundamental constituents of matter. We try to understand the properties of these particles and their interactions in order to understand how our universe was formed and is evolving. The following is a list experiment projects that I have worked on.