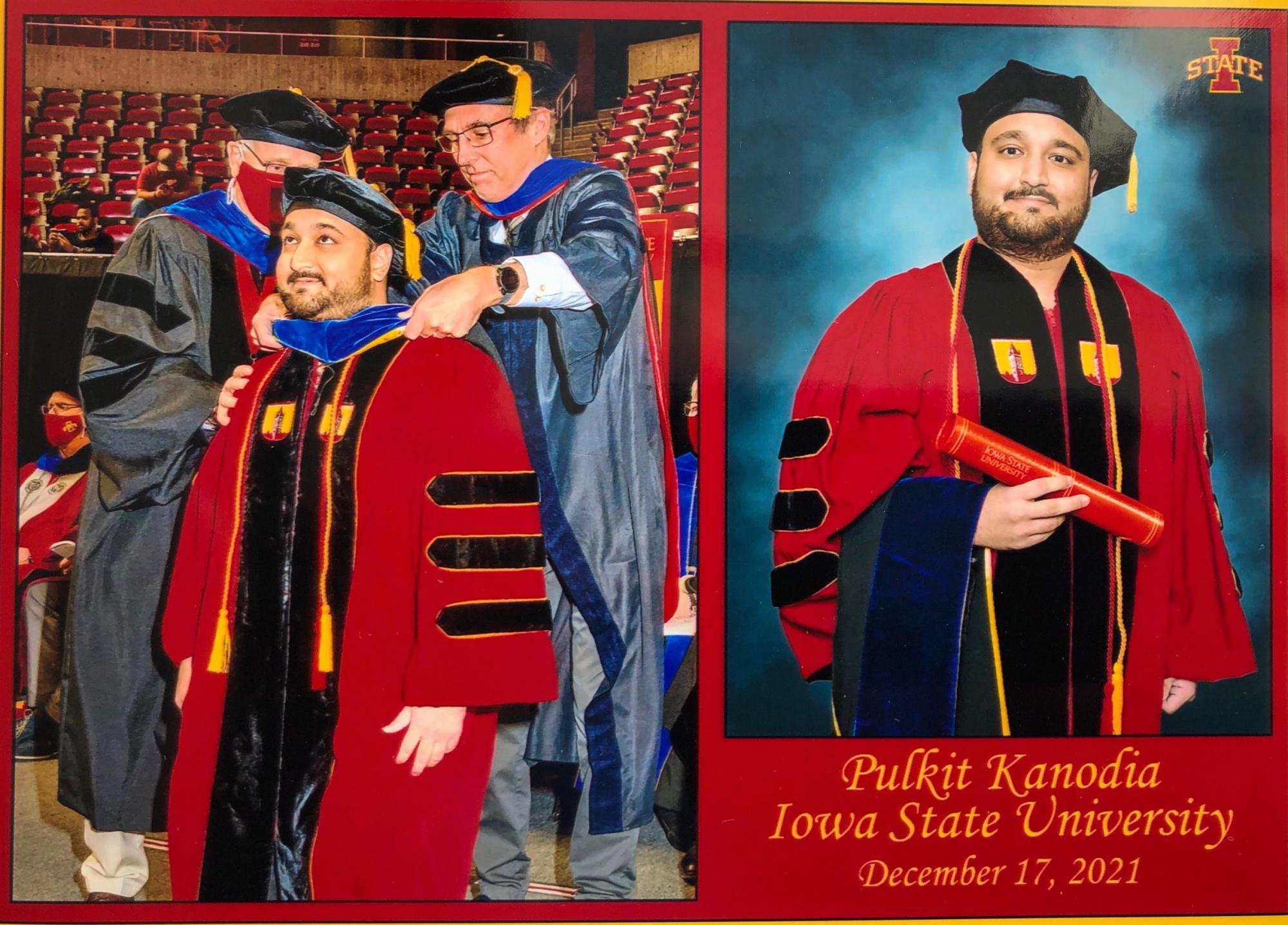 Pulkit Kanodia was granted his Ph.D. in Interdepartmental Genetics & Genomics after five productive years of hard work in the Miller Lab on his dissertation: "Global Effects of Plant Virus Infection, Viral Noncoding RNAs, and Unfolded Protein Response on Plant Gene Expression." i.e. a little bit of everything, with the common theme of ribosome profiling, RNA-omics, and some clever new methods for RNA virologists.  Along the way Pulkit earned a prestigious Brown Fellowship, and a Research Excellence Award, which goes to the top 10% of graduating Ph.D.s.  With four publications and counting, the awards are well-deserved!  Thank you Pulkit for bringing your intelligence, knowledge, and so many complex new methods to the Miller Lab! 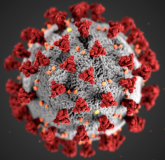 We are part of a team that has been awarded a small seed grant by the Office of the Vice President for Research to investigate translation mechanisms of SARS-CoV-2, the virus that causes COVID-19.  The project, "Analysis and Therapeutic Targeting of the SARS‐CoV‐2 Frameshift Element” is headed by Asst. Prof. Walter Moss (Principal Investigator, Roy J. Carver Department of Biochemistry, Biophysics & Molecular Biology), and also includes Prof. Cathy Miller (Veterinary Microbiology and Preventive Medicine Department).   The goal is to determine if the unusual translation (protein synthesis) mechanism called ribosomal frameshifting, which is used by the virus to express its replication proteins, may be a suitable target for antiviral thereapeutics.  The seed grant funds will be used to develop tools, assays and preliminary data necessary to obtain larger grants from external funding sources.

Congratulations to Elizabeth Carino!  Awarded her Ph.D. in Genetics & Genomics for her research in the Miller Lab!  Dissertation: "Decoding the translation initiation mechanism of maize chlorotic mottle virus."   Thank you Liz for all your hard work, at the lab bench night and day, maintaining our precious plant cell cultures, training new students, organizing the departmental retreat, publishing the departmental news letter as a Zirakparvar Fellow, recording all the seminars, President of PLPM GSO, President of Latin@ Student Association, Organizing GMAP Research Symposium, 2nd Place: Best Poster at the Midwestern Meeting of the American Society for Plant Biology, 2nd Place: Lightning Research Talk at the American Phytopathological Society, not to mention accomplishing a lot of technically difficult research to discover RNA structures and protein interactions that control translation of a very important plant pathogen.   Whew!   We're glad you're sticking around for a couple months to help us with our COVID-19 project Dr. Carino! 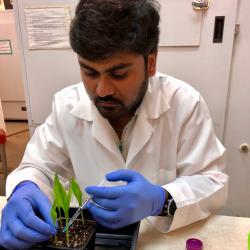 Farewell Surapathrudu Kanakala!   We miss you.  After two years as a postdoc engineering viruses as "gene therapy" vectors for maize plants, Surya has moved on to the lab of Anna Whitfield at North Carolina State University to investigate insect transmission of maize viruses.  We look forward to your exciting discoveries Surya!

At the American Society for Virology 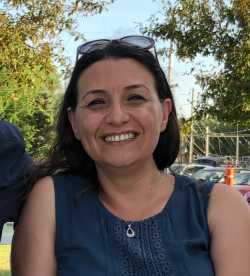 Farewell to Professor Havva Ilbagi, Tekirdag University, Turkey.  Dr. Ilbagi spent 12 months in the Miller lab using deep sequencing (Illumina) to find viruses known and unknown in wheat, maize, common reed and other plant species that she collected in Turkey.  In addition to finding the the ubiquitous barley yellow dwarf virus all over Turkey, she found a totally new virus, the first known to infect commn reed (Phragmites australis), and the first virus in maize from a virus family not known to infect monocots.  She is now back in Turkey using this information to devise better virus monitoring and management practices to limit the many viruses that plague Turkish crops. 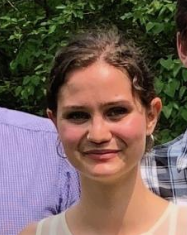 Visiting student Marie-Dominique Jolivet finished five months in the lab developing methods for mapping the exonuclease-blocking structure (xrRNA) in barley yellow dwarf virus RNA.  This novel mechanism of generating viral noncoding subgenomic RNA is shared with the flaviviruses (e.g. dengue virus) and some plant viruses, but uses a different, undetermined RNA structure.  Upon completion of her "stage" in the Miller Lab, Marie was awarded her MS degree by the University of Bordeaux in June.  Next, she will begin her studies for her PhD there in the laboratory of Sébastien Mongrand. 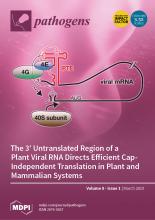 Thank you to the many Miller lab scientists who contributed to this paper over many years:  plant viral sequence in the 3' untranslated region stimulates translation in mammals. 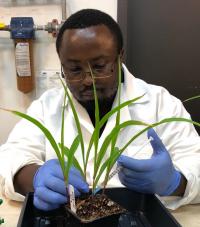 Paul Kuria, Ph.D. was awarded a Norman Borlaug fellowship by the Foreign Agricultural Service of the USDA to work in our lab on maize lethal necrosis disease (MLND).  MLND is an  emerging viral disease that first arrived in Kenya in 2012 with devastating consequences.  It has spread across East Africa, causing major yield losses in maize, the number one subsistence and cash crop.  Despite major efforts funded by the Bill & Melinda Gates Foundation and others, little resistance to MLND has been identified by conventional breeding.  Dr. Kuria joins us from Kenya Agriculture and Livestock Research Organization (KALRO) in Nairobi.  He performed his Ph.D. research working on cassava viruses in the esteemed Donald Danforth Plant Science Center, St. Louis, MO.  Paul will spend 10 weeks in the lab investigating the synergy between maize chlorotic mottle virus and sugarcane mosaic virus which combine to cause MLND. 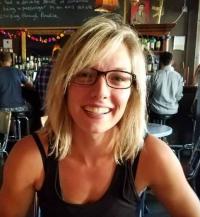 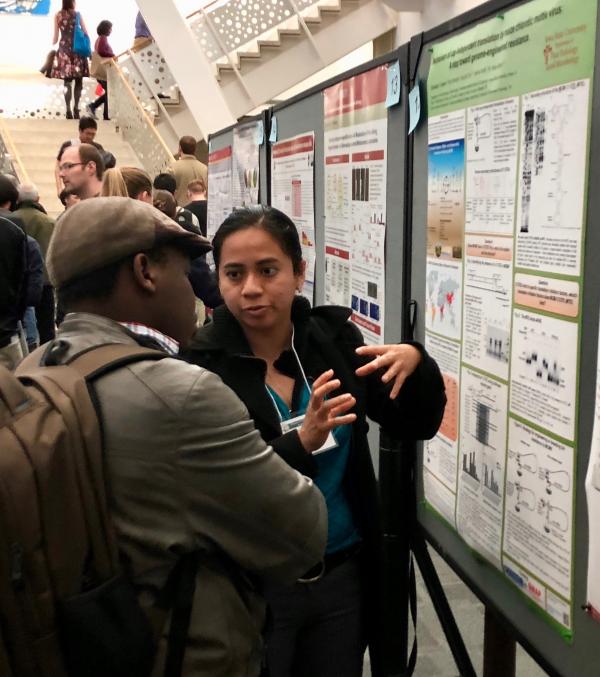 Congratulations to Miller Lab grad student Liz Carino for being awarded 2nd Place (out of >100) and $150 for her poster, “Mechanism of cap-independent translation by maize chlorotic mottle virus: a step toward genome-engineered resistance” by Carino, Scheets, Cho, Kraft, Miller, at the Midwest Section of the American Society for Plant Biology meeting on March 3-4, in Ames.Way to go Liz! (and she didn't even know she was in a competition...)

Allen Miller was named a Fellow of the AAAS for “distinguished contributions to the field of plant virology, particularly in the areas of genome organizations, RNA translation, replication and movement mechanisms, and vector interactions.”   He thanks his mentors and the dozens of brilliant, creative graduate students, postdocs and collaborators who worked long hours to make the discoveries that led to this award.  Miller is one of 396 scientists to receive this recognition by the AAAS in 2017 for “scientifically or socially distinguished efforts to advance science or its applications.”

Allen Miller and Steve Whitham, professors of Plant Pathology & Microbiology are part of a multi-institutional team, that was awarded $10.3 million from DARPA.  This high-risk program asks researchers to engineer plant viruses to deliver novel genes, via insect vectors of the viruses, that will aid crop plants during times of stress.  In this case, the goal is to load aphids with the engineered viruses, have them land only on the target crop (maize), deliver the virus which is what aphids are very good at, and then the aphids and virus will die shortly after delivering the helpful genes, avoiding spread to non-target plants.   All of this project will be performed indoors in high containment facilities.  Regardless of the results, much valuable knowledge will be gained about how plant viruses interact with their plant hosts and their aphid vectors.  Georg Jander at Boyce Thompson Institute is the principal investigator on the project.  Other participants include Miller's former graduate student, SP Dinesh-Kumar, of the Genomics Center, UC Davis, Clare Casteel and Bryce Falk also of UC Davis, and former ISU professor Dan Voytas of the University of Minnesota.  For more information see ISU News.

Allen Miller had the privilege of speaking at the Timothy Hall Memorial Symposium honoring his Ph.D. advisor.  Tim Hall left a legacy of dozens of outstanding scientists to carry on his visionary and rigorous style of research.  One of Tim's last acts was starting to plan this symposium of former graduate students and postdocs to share their own research, which was held this week in his memory.  In addition to the diverse and fascinating scientific talks was an outpouring of appreciation for Tim for his caring support as a mentor.  It was also a happy reunion of former lab members from Tim's days at both Wisconsin and Texas A&M.  Tim was a true pioneer of plant molecular biology.

Much thanks to Tom McKnight for organizing, and to Tim's former lab member Eric Yong Xu for funding the entire symposium.

ISU is growing rapidly and Ames is a vibrant and welcoming college town.

We ground up soybean aphids from the Midwest and China, Illumina sequenced the RNA, and discovered that aphid viruses are ubiquitous.  Ranging from viruses found in other aphids and in honey bees, to plant viruses vectored by the aphid, to viruses representing whole new families, so novel we're not sure if they infect insects or plants!  Published in the brand new APS journal: Phytobiomes.

Many plant viruses have very specific interactions with aphid vectors, the "mosquitoes" of the plant world.  In a new paper by postdoc Juliette Doumayrou and undergraduate Melissa Sheber, they identified specific amino acids on the surface of the pea enation mosaic virus particle that are required either for virus assembly, virus movement within in the plant, or for transmission by the aphid.  It is these latter amino acids that may be the key to virus binding to a receptor in the aphid, which in turn allows aphid to transmit the virus from one plant to the next, like a mosquito transmitting Zika virus from one human to another.  Juliette has moved on and is now studying fish viruses at Virginia Institute of Marine Science.

After postdoc Jimena Carrillo-Tripp discovered that Iowa honey bee colonies and various insect cell cultures are rife with RNA viruses, she looked further into dynamics of infection of honey bees with multiple viruses. As a result of our collaboration with Adam Dolezal of Amy Toth's lab, Bryony Bonning's lab, and Mike Goblirsch (University of Minnesota), Jimena has just published a key paper (Carrillo-Tripp et al. 2016. In vivo and in vitro infection dynamics of honey bee viruses. Scientific Reports 6, 22265) revealing which viruses do better than others in mixed infections (which are quite common), and suggesting that viruses may cooperate to make bees even sicker.  This work adds to that of others showing the widespread and complex nature of RNA virus infections in honey bees.  Jimena and Adam also published evidence showing that widely used pesticides, even in low doses, make bees lose their appetite for pollen, which is obviously not good for their health.  This research contributes to our understanding of the widespread decline in the health of this essential pollinator across North America and Europe.   Alas, Jimena has moved on to Dupont Pioneer, and is already missed.

We and friends discovered a new gene in luteoviruses!

A collaboration with bioinformaticist Andrew Firth, Cambridge Univ, and plant virologist Véronique Ziegler-Graff, Institut de Biologie Moléculaire des Plantes, Strasbourg, where Allen Miller worked in 2012-2013, yielded the discovery of an important new gene in the luteovirus family of plant viruses.  This gene changes our understanding of the genome organizations of luteoviruses which we thought we understood by 1990.  This gene is tiny and doesn't start with the canonical start signal (AUG codon) for protein synthesis.  Postdoc Katya Smirnova showed that the tiny protein allows the virus to move throughout the plant.