Dr. Fred Janzen - Dr. Janzen is the creator of Turtle Camp. Turtle Camp was started by Dr. Janzen in 1988 when he was a graduate student. Dr. Janzen's research at Iowa State University (ISU) focuses on temperature-dependent sex determination (TSD). He incorporates the important field work (Turtle Camp) with lab work. Dr. Janzen is married to another herpetologist, Dr. Anne Bronikowski. They have two wonderful girls, Clara and Abigail. 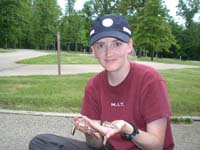 Shannon Thol - Shannon received her Ph.D. from MIT in 2006. She joined the Janzen lab in time to take part in Turtle Camp that year. She worked on her M.S. degree at ISU and is now involved in environmental education. Shannon led the sand prairie project in 2007, helped Jeanine Refsnider do so in 2008, and provided general mentoring in 2009. 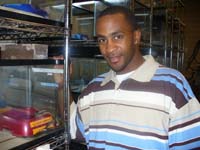 Jeramie Strickland - Jeramie, originally from Chicago, completed his M.S. degree at ISU concerning predator-prey interactions involving turtle nests in 2008 and has since been employed by the U. S. Fish and Wildlife near Turtle Camp. He led the trapping project in 2007, the nest predation project in 2008, co-led the sand prairie project in 2009, and provided general mentoring in 2010 and 2011. 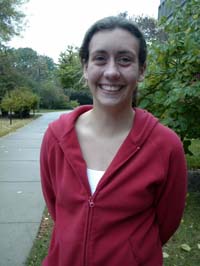 Lindsay Kasuga - Lindsay was awarded the M.S. degree in Ecology and Evolutionary Biology at Iowa State University in 2007. Her project focused on conservation biology of a threatened turtle, Emys blandingii. Lindsay was at Turtle Camp in 2005, 2006, and 2007, leading the nest predation project in 2007. 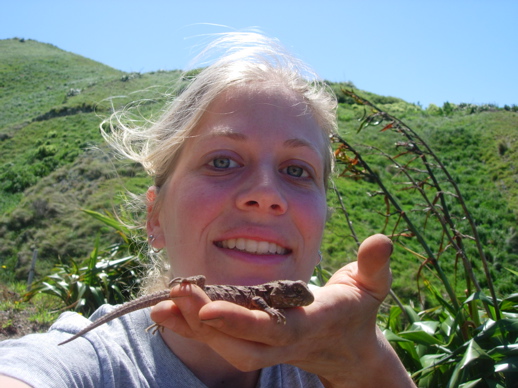 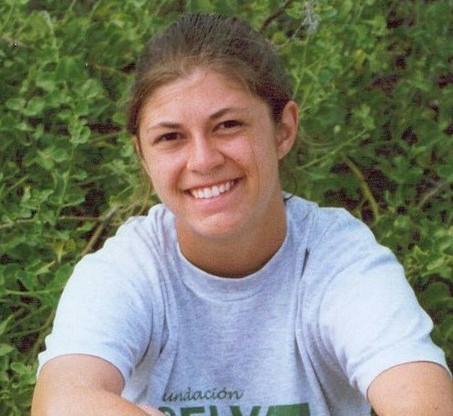 Lori Neuman-Lee - Lori earned undergraduate degrees in Biology and English from ISU in 2007 and 2008 where her research focused on the impact of herbicides on neonatal turtles. She earned her M.S. degree at Eastern Illinois University in 2010, emphasizing ecotoxicology of pregnant watersnakes (Nerodia). Now she is a doctoral student at Utah State University, working on reptilian immune and endocrine disruption during exposure to contamination. Lori was at Turtle Camp in 2003-2011, leading the trapping project in 2008-2011 and providing general mentoring in 2010 and 2011. 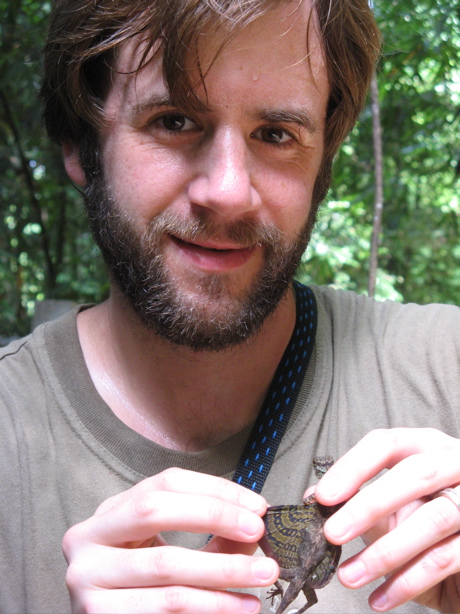 Dan Warner - Dr. Warner received his Ph.D. from the University of Sydney in 2007. His research focuses on many aspects of the ecology and evolution of reptiles, particularly lizards. He is now a postdoctoral researcher in the Janzen Lab. Dan participated in Turtle Camp in 2008-2011, but also many years before as an undergraduate student in 1997 and 1998. He helps with all aspects of student activities at Turtle Camp.

Aaron Reedy - Aaron teaches biology at Chicago's Kelly High School. He was recognized as one of the top high school educators in Illinois upon receiving the 2010 Golden Apple Award. He and his students conducted a classroom experiment in 2010-2011 involving nesting behavior of >100 brown anole lizards. Aaron maintains the site www.wideworldscience.blogspot.com as a way of sharing innovative research-based science education. He participated in Turtle Camp in 2010 as a mentor in the sand prairie project and lead that project in 2011.

Nick Kiriazis - Nick received his undergraduate degree in Biological Sciences from Eastern Illinois University in 2010. He since travelled extensively and worked for an outdoor education program in Idaho, matriculating in 2011 for a graduate degree in science education at Utah State University. Nick is an avid photographer with considerable expertise in wildlife photography. He participated in Turtle Camp in 2010 and led the nest predation project in 2011.

Tim Mitchell - Tim, originally from Minnesota, is a Ph.D. candidate in Ecology and Evolutionary Biology at ISU. His research concerns how different nesting choices made by turtles influence the eggs, embryos, and offspring. As part of a prestigious fellowship, Tim is incorporating his research with the experiences of TREE students to introduce the scientific process to inner-city 7th-grade students to improve competence in scientific thinking. An avid outdoorsman, he participated in Turtle Camp in 2009-2011, helping with the nest predation project.