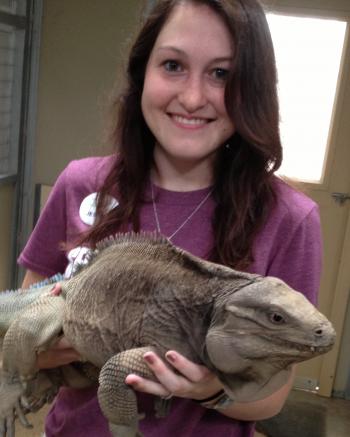 I am a fourth-year Ph.D. candidate in the Ecology and Evolutionary Biology program at ISU. I received both my B.S. and M.S. in biology from Mississippi State University. While at MSU, I did field research with Dr. Jerry Belant on black bears in the Mississippi delta, began work on the genetic structure of the endangered Lesser Antillean iguana Iguana delicatissima under Dr. Mark Welch, and was a summer fellow at the San Diego Zoo Institute for Conservation Research performing parentage analysis on California condors. During my M.S., I focused on the phylogenetic structure and inbreeding depression of I. delicatissima. My Ph.D. work at ISU involves employing population genomics approaches to evaluate aspects of local adaptation in geographically widespread species as well as applying population genetics methods to assess mate choice and sexual selection in aquatic turtles.
Email
jjudson@iastate.edu