Neural Basis of Sense of Fatigue

It would be hard to identify a problem that affects the daily lives of more people but whose underlying mechanism is understood more poorly (and generates more controversy) than the sense of physical exertional fatigue. Biomedical researchers and clinicians acknowledge that the basis of fatigue remains an "enigma" (Pearce, 2006; Rasker, 2009). The dearth of knowledge is reflected in the conclusion of a review, according to which "virtually nothing is known about it" (Friedman, Abrantes, & Sweet, 2011, p. 1999). However, an excessive sense of fatigue during episodes of physical exertion is a very common and severely debilitating symptom. It occurs in individuals with no medical diagnosis and is also associated with an extraordinarily broad range of diseases, including cardiac and pulmonary diseases (e.g., cardiovascular disease, chronic heart failure, chronic obstructive pulmonary disease), diabetes mellitus, cancer, kidney disease, lupus erythematosus, rheumatoid arthritis, fibromyalgia, neurological diseases (e.g., stroke, multiple sclerosis, Parkinson's disease), and depression, among others.

The main reasons for the dearth of knowledge about the basis of the sense of fatigue are (a) the inherently interdisciplinary nature of the concept of fatigue, which has caused it to be regarded as a "psychological" phenomenon by biomedical investigators and as a "physiological" phenomenon by psychologists, (b) the absence of a guiding theoretical framework and, consequently, the absence of theory-driven studies and therapeutic interventions, and (c) the inability to conduct brain imaging studies during actual episodes of physical fatigue due to the limitations of current imaging technologies to movement and other artifacts.

Although the common theme underlying these ideas is that there is a dysfunction in the brain mechanisms that process somatosensory information during episodes of physical exertion, no potential sites or networks for the dysfunction have been specified to date. In an oft-cited review, Chaudhuri and Behan (2004) speculated on the brain areas that may be involved, arguing that "brain-derived central fatigue is related to circuits that connect basal ganglia, amygdala, thalamus, and frontal cortex" (p. 986), but stopped short of proposing how these regions may interact in generating or regulating the sense of fatigue. More than 15 years later, Genova, Wylie, and DeLuca (2011), echoed the speculation that fatigue probably involves "major functional interaction between the basal ganglia, the frontal cortex, the thalamus, and the amygdala" but conceded that "we know very little about its precise mechanism" (p. 379).

Our theoretical approach to understanding the basis of the sense of physical exertional fatigue stems from the assumption that the sense of fatigue represents a primordial affective response. This fundamental insight draws from the work of theorists who have argued that the basic pleasures or displeasures associated with the condition of the body (including feelings of hunger, dehydration, sexual orgasm, as well as physical fatigue) were the most evolutionarily primitive forms of affect and the forerunners of the varied and complex repertoire of human emotions (Craig, 2003; Damasio, 1995; Panksepp, 1998).

The practical value of this novel perspective is that it enables research on fatigue to benefit from the large knowledge base that has been developed on the mechanisms underlying the genesis and regulation of negative affect: if the sense of fatigue is conceptualized as a negative affective response, then it should engage the same essential brain mechanisms as those involved in the genesis and regulation of negative affective responses. Specifically, our theoretical approach (which is an extension of Dual-Mode Theory; see Ekkekakis, 2003) emphasizes the interaction between divisions of the prefrontal cortex (PFC) and the amygdala. Based on multiple lines of evidence, it is theorized that fatigue is influenced jointly by (a) afferent information converging on the amygdala about the physiological condition of the body (such as information from chemoreceptors, thermoreceptors, nociceptors) and (b) inhibitory control from the dorsolateral and medial PFC. Research has shown an inverse coupling between activity in the PFC and activity in the amygdala (Hariri et al., 2000, 2003; Quirk, Likhtik, Pelletier, & Paré, 2003). When humans try to cognitively control their negative affective responses, activity in the PFC increases while activity in the amygdala decreases (Banks et al., 2007; Goldin et al., 2008; Kim & Hamann, 2007; Ochsner et al., 2002; Phan et al., 2005; Schaefer et al., 2002). Conversely, transient and chronic conditions causing prefrontal hypometabolism are associated with reduced ability to regulate negative affect and, consequently, a range of negative affective outcomes (e.g., depression, post-traumatic stress, hyperalgesia). It has been argued that "in the absence of this normal inhibitory input [from the PFC], the amygdala remains unchecked and continues to remain activated" (Davidson, Jackson, & Kalin, 2000, p. 898). Thus, it is theorized that the sense of fatigue emerges during physical effort when the inhibitory control of the PFC over the amygdala is reduced by transient hypometabolism. 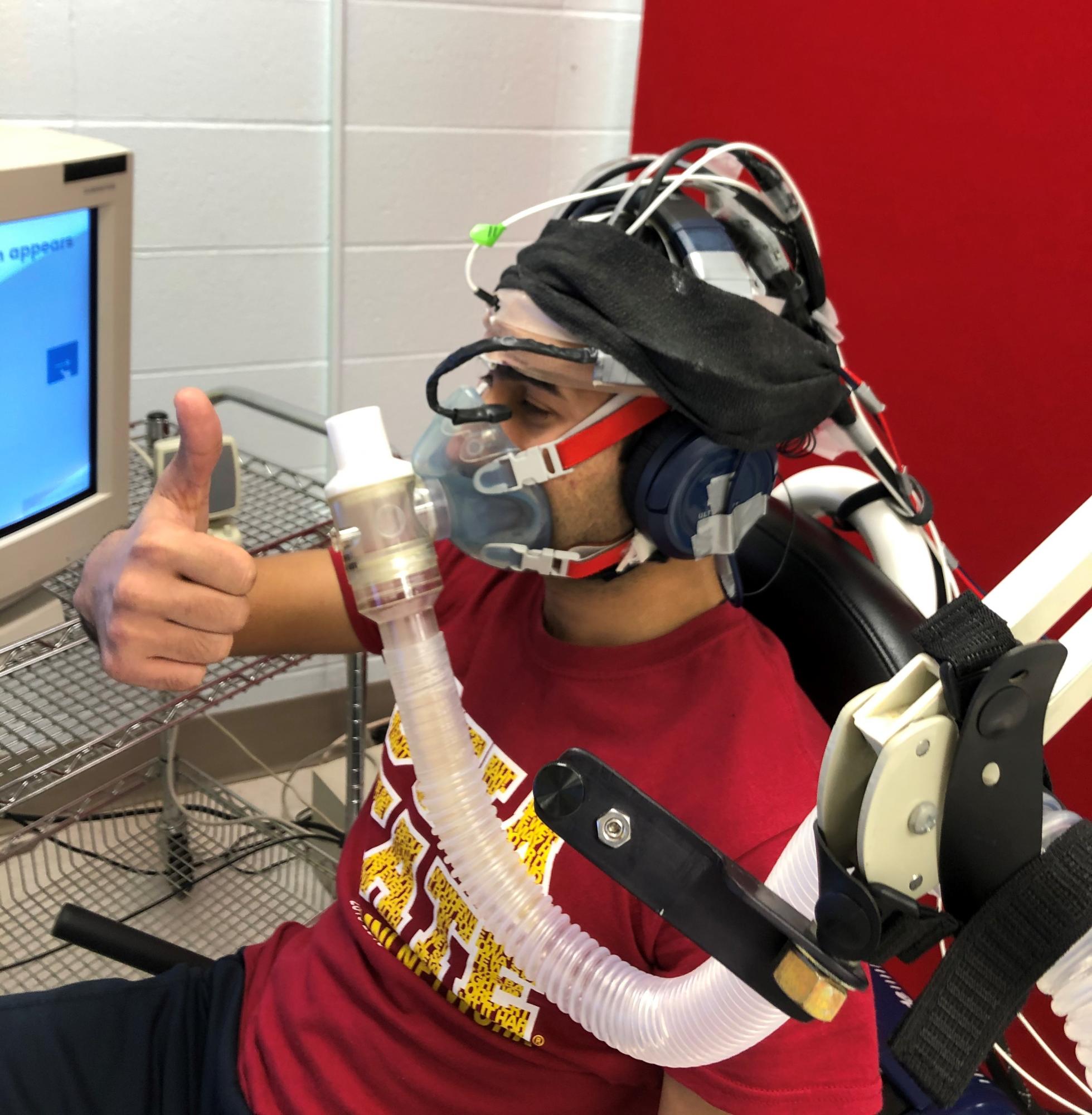