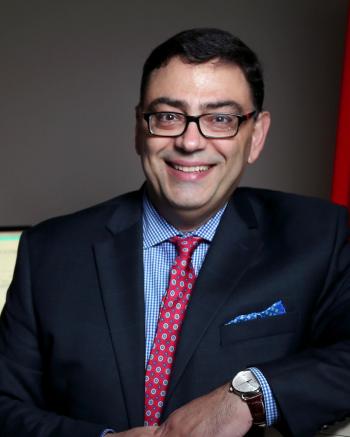 Position
Panteleimon ("Paddy") Ekkekakis is a Professor of exercise psychology at Iowa State University. His research examines pleasure and displeasure responses to exercise, including their underlying psychobiological mechanisms, and their implications for exercise behavior.

Professor Ekkekakis' research examines affective responses to exercise. His current research focuses on the neural basis of the sense of exertional physical fatigue and the development of the affective-reflective theory of exercise behavior (with Ralf Brand). His findings are cited as the basis of guidelines by the American College of Sports Medicine and his publications receive more than 600 citations from other investigators each year.

Professor Ekkekakis is an elected Fellow of the National Academy of Kinesiology and the American College of Sports Medicine. He has presented keynote lectures, seminars, and workshops in 30 cities in 15 countries around the world. In the past few years, Ekkekakis has been a keynote speaker at the conferences of several of the major exercise science and exercise psychology organizations, including (a) the American College of Sports Medicine (2014; Orlando, FL), (b) the North American Society for the Psychology of Sport and Physical Activity (2014; Minneapolis, MN), (c) the International Association of Applied Psychology (2014; Paris, France), (d) the Canadian Society for Psychomotor Learning and Sport Psychology (2014; London, Ontario), (e) the European Federation for the Psychology of Sport and Physical Activity (2015; Bern, Switzerland), (f) the British Association of Sport and Exercise Sciences (2015; Staffordshire, England), (g) the British Psychological Society (2017; Glasgow, Scotland), and (h) the Association of Research on Physical and Sports Activities (2019; Paris, France).

Professor Ekkekakis is the author of The Measurement of Affect, Mood, and Emotion (published by Cambridge University Press in 2013), the editor-in-chief of the Handbook of Physical Activity and Mental Health (published by Routledge in 2013), and co-editor of the Psychobiology of Physical Activity (published by Human Kinetics in 2006). He also serves on the editorial board of several journals, including the Journal of Sport and Exercise Psychology and Sport, Exercise, and Performance Psychology.