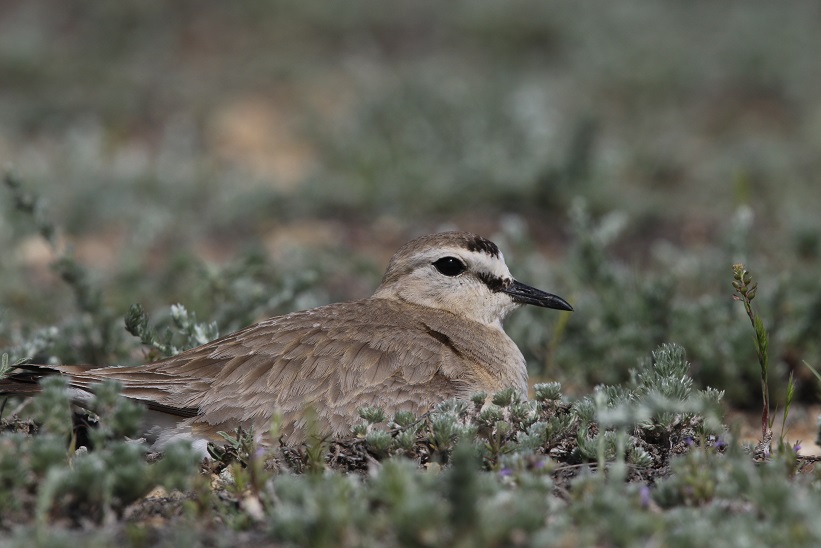 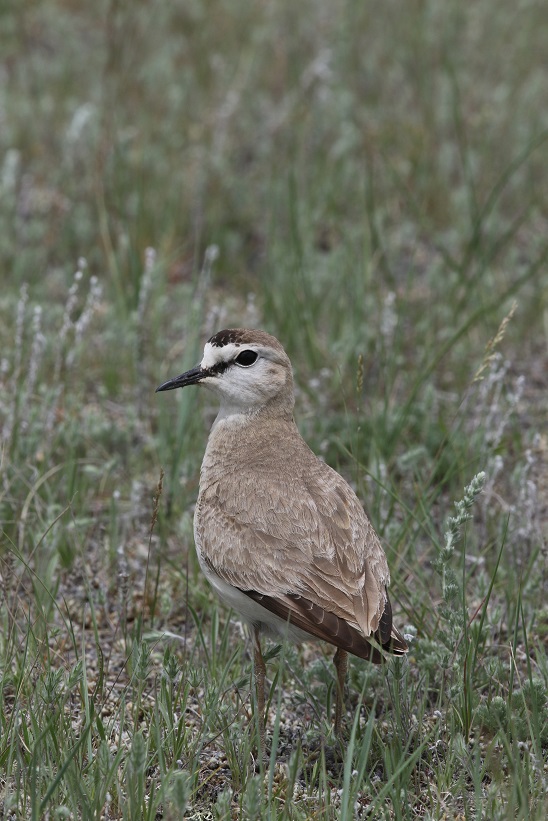 My interest in Mountain Plovers dates back to 1991, when I accepted a job as a field technician for the U.S. Fish and Wildlife Service to work with Dr. Fritz L. Knopf. That experience sparked an interest that has continued to the present day. In 1991, I traveled throughout the range of the plover, but was particularly interested in those nesting on Black-tailed Prairie Dog colonies in north-central Montana. After a brief visit there in 1992, I returned to Montana in 1995 and have worked there annually since that time. I owe a great deal to Fritz and retired BLM biologist John Grensten for their encouragement during the 25+ years I have studied plovers in Montana.

When I returned to Phillips County, Montana in 1995, I did so with the desire to begin a long-tern study of Mountain Plover population biology. That summer I began individually color banding plovers, and to date I have marked >2,200 individuals through 2021. This effort has produced a wealth of detailed information on the species' population biology, including some of the best information on survival, nesting success, fidelity, and the use of prairie dog colonies by plovers.

The Mountain Plover has an interesting rapid multi-clutch mating system where within a pair, the female lays a clutch of eggs for the male first, and then a second clutch for herself. In my study of nest survival (n > 1,600 nests) I have learned that nests tended by male plovers have greater survival than those tended by females. There is also considerable seasonal variation in nest survival with early nests doing well, mid-season nests doing poorly, and late season nests having the highest success. Younger nests (age 1) have lower survival than older nests (age 29, right before hatching), presumably because older nests are better positioned in areas less prone to depredation. The graph below illustrates how the number of nests and apparent hatching success have varied by year during this study. 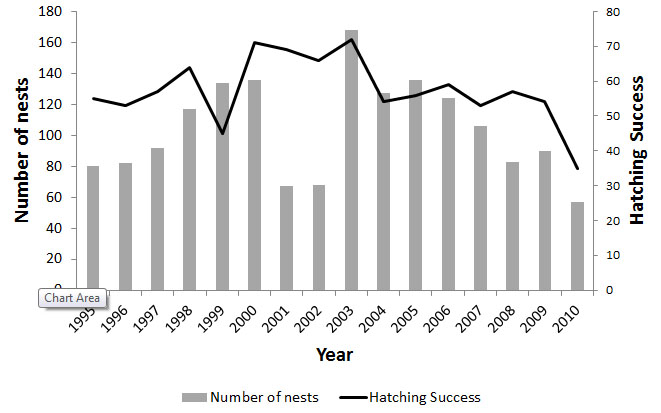 Most of what is known about Mountain Plover survival comes from my work in Montana. Juvenile survival is low, about 0.05 from hatch (10 g) to age 1, but increases as the birds grow during their first few weeks of life (see figure below). Annual survival of adult plovers does not differ for males and females; the mean annual survival rate is about 0.85. In a study of plover chick survival in 1999, Fritz Knopf and I used radio telemetry to model seasonal variation and ask questions about possible survival differences in male- and female-tended broods. We found that chicks in female-tended broods had higher survival, and that seasonally chicks that hatched later had higher survival than those hatched earlier. Color banding data also allow me to estimate the number of breeding plovers in the study area, which has ranged from about 100 to 300 adults during the study period. 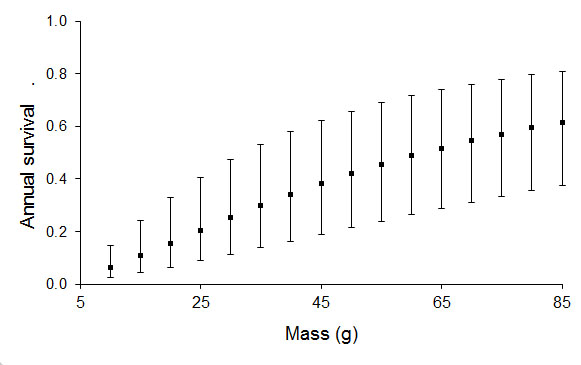 My work has also provided insight into the relationship between Mountain Plovers and Black-tailed Prairie Dogs. Prairie dog colonies are dynamic, changing in response to a wide range of factors that include sylvatic plague. In Montana, plovers select prairie dog colonies for nesting, presumably because of benefits associated with food supply, predator avoidance, and possibly others. I have learned that colony size and sylvatic plague history play an important role in determining which colonies are occupied by plovers. For example, prairie dog colonies occupied by plovers in a given year were progressively less likely to lose plovers the next year as they increased in size. This long-term work has also answered questions about incubation behavior, hormone levels in incubating plovers, dispersal, nest spacing, and more. This work would not have been possible without the efforts of several graduate students, including Theresa M. Childers, Paul D. B. Skrade, Zachary J. Ruff, and Rachel S. Siller.

Visit my 2003 report on the Mountain Plover that I wrote for the U.S. Forest Service.