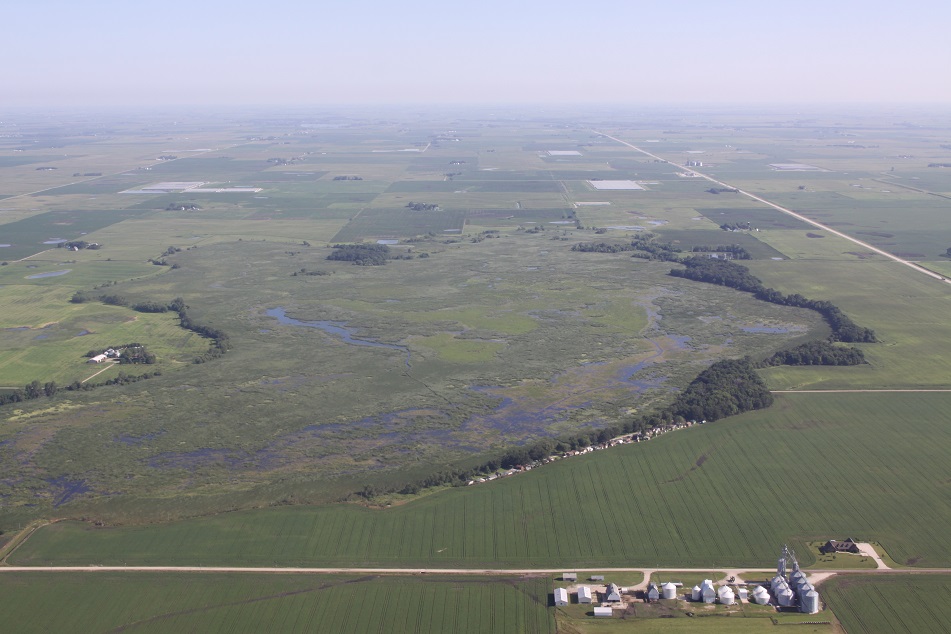 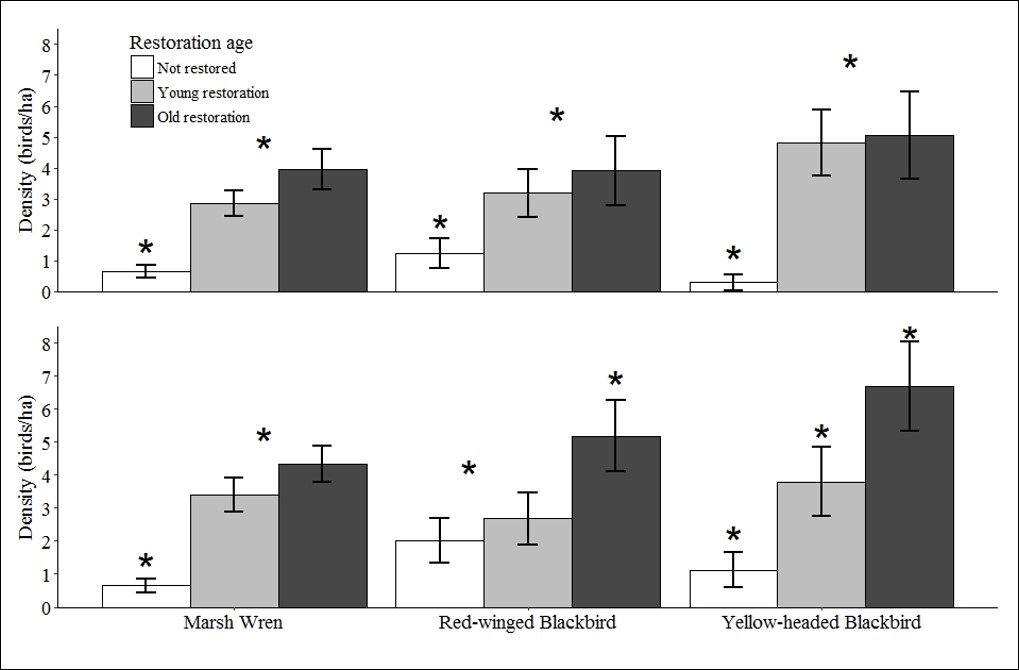 The Iowa Shallow Lakes Restoration Project (SLRP), a partnership between the Iowa Department of Natural Resources and Ducks Unlimited, Inc. began in 2006. The goal of the SLRP is to improve water quality and the vegetation community to increase the establishment of diverse fish, bird, and invertebrate communities. The large-scale restoration efforts on these wetlands through the Iowa prairie potholes had never been evaluated with respect to responses by breeding and migratory birds and vegetation. Rachel Vanausdall, a M.S. student in my lab, set out to assess these responses during 2016 and 2017. The goals of this study were to (1) assess the differences in migrant waterbird species composition, abundance, and diversity in shallow lakes in non-restored, younger restorations (<6 years post-restoration), and older restorations (>5 years post-restoration) and identify habitat variables that influence migrant waterbirds, (2) quantify the density of breeding marsh birds in shallow lakes in different restoration states and determine factors that influence detection of these species, and (3) analyze the vegetation community among shallow lakes in different restoration states and the potential impact vegetation may have on breeding marsh birds. Restored sites had a greater number of waterbirds and species throughout the migratory period. Early in the season, older restorations had a greater abundance and species richness than younger restorations. We found that wetland area and water level change influenced the abundance of some waterbirds, while the abundance of several groups (e.g., diving ducks) showed a quadratic relationship with emergent vegetation. Older restorations tended to have the greatest densities of breeding marsh birds, especially wetland-obligate breeders. Observer bias, vegetation height (+, -) and density (-), time of day (+, -), and wind speed (-) influenced the detection of some species of breeding marsh birds. We also found that younger restorations had a greater number of emergent species than both non-restored sites and older restorations, but restored sites overall had more species of emergent, floating-leaved, and submersed aquatic vegetation than non-restored sites. Submersed aquatic species had a positive relationship with restoration age, but species sensitive to water quality were less abundant in older restorations than younger restorations. Marsh passerines and rails had a positive relationship with frequency of occurrence of aquatic vegetation and cattail (Typha sp.). These results emphasize the importance of restoration to migrating and breeding marsh birds, but further management action may be necessary in order to maximize the benefits of these weltlands to birds.