Grassland birds in the Mississippi Delta 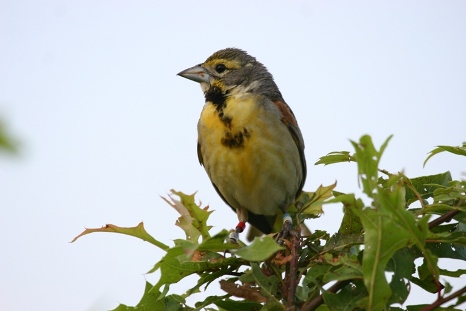 I am currently working with L. Wes Burger, Jr. and Ross Conover to assess differential benefits of early-succession habitat in the row-crop, agricultural matrix of northwest Mississippi. This project is in collaboration with an effort by the USDA-NRCS to reverse non-crop habitat loss on private US farmlands and subsequently, enhance agricultural sustainability while simultaneously providing quality wildlife habitat. Results from this research will elucidate habitat-use patterns by farmland avian communities and mediate future decisions on wildlife habitat establishment and management in the Mississippi Alluvial Valley. Habitats of interest in this study are early-succession blocks (~120 acres), riparian buffers (RB), filter strips (FS), and field borders (FB). The overall study objectives are to assess benefits to: 1) avian reproductive success, 2) avian community response, 3) Northern Bobwhite habitat-use, and 4) Dickcissel post-fledging ecology. Below are preliminary results from some of these study components. 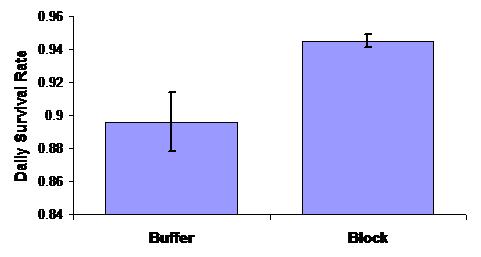 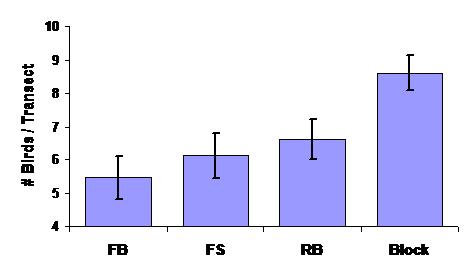 Avian richness was considerably greater for riparian buffers and early-succession blocks, which is likely a result of (1) increased habitat area and/or (2) increased vegetative diversity. Field borders and filter strips were both planted with grasses and have not yet received any disturbance management. As such, they lack the vegetative and structural diversity present in riparian buffers and blocks. 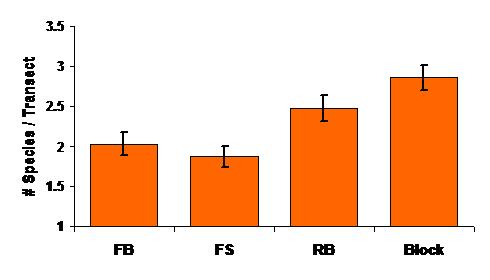 Surveys documented enhanced Northern Bobwhite occurrence at call stations within the farm compared to those outside the farm, which likely relates to the paucity of non-crop habitat that surrounds the farm. Landscape-use differences existed between 2005 and 2006, in which Northern Bobwhite use appears to have shifted towards habitats adjacent to row-crop fields. 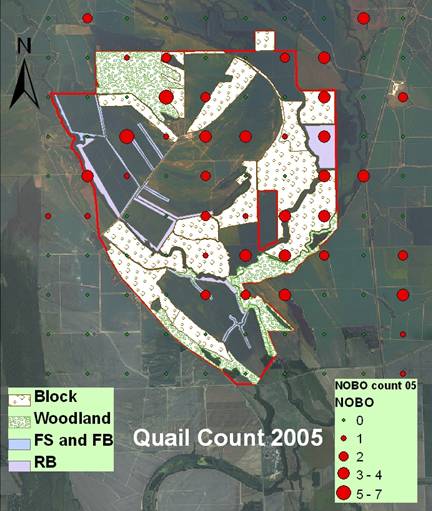 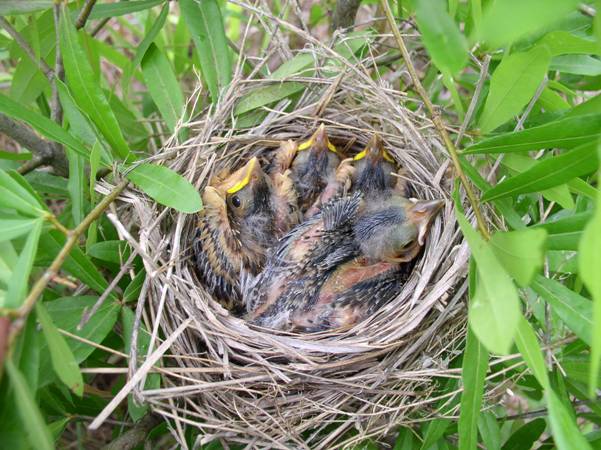