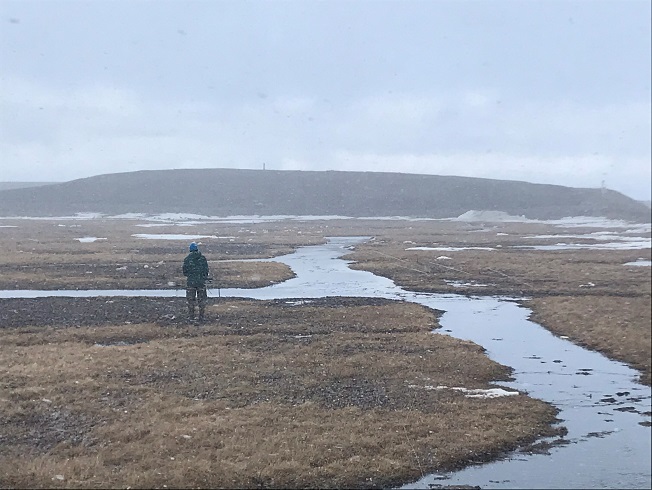 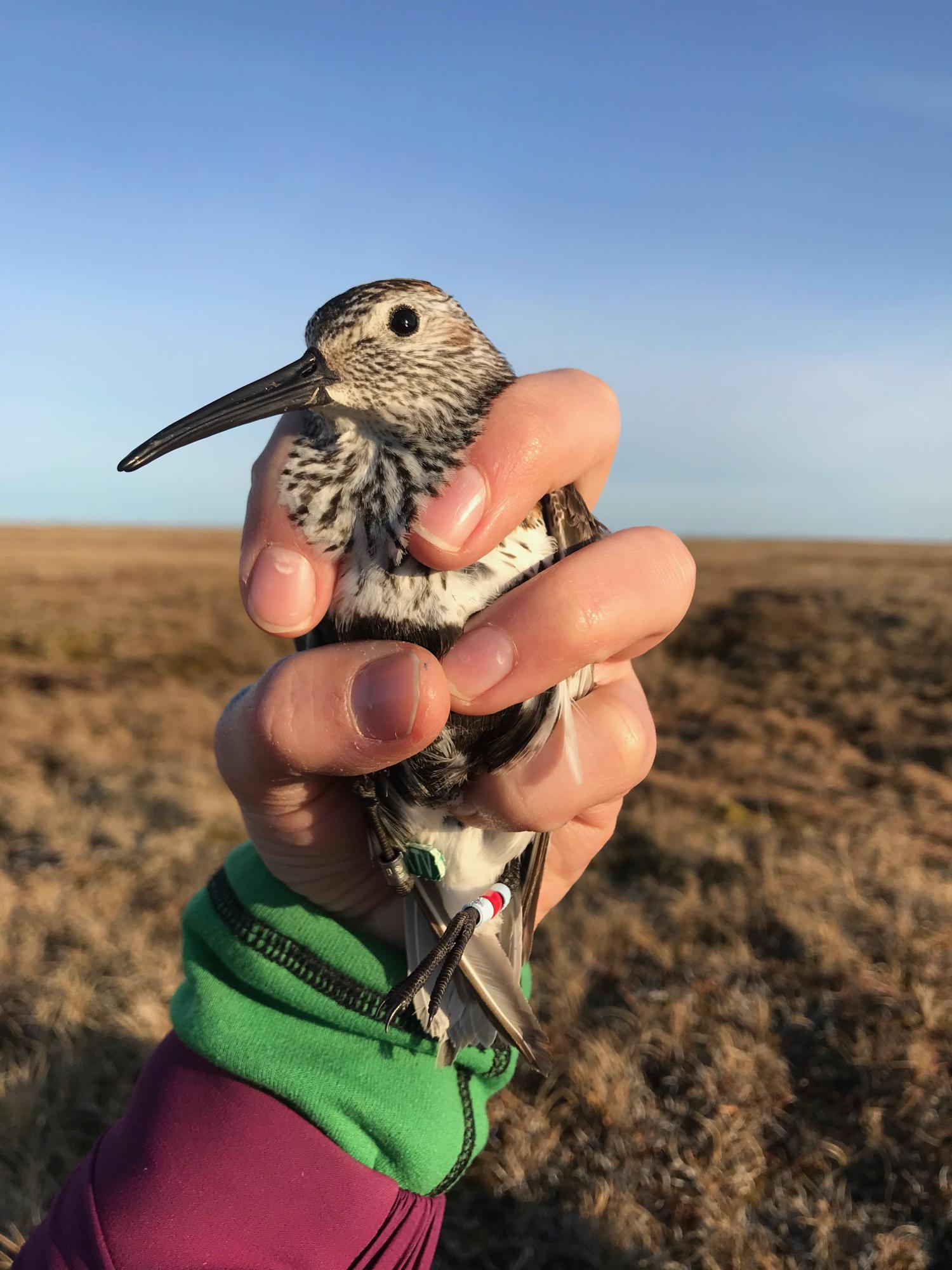 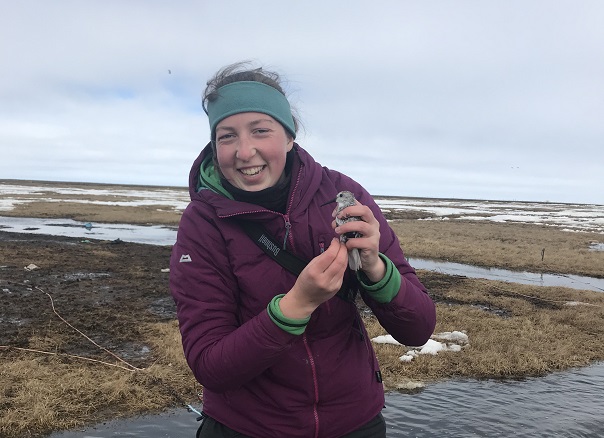 This project will obtain the first true estimates of shorebird nest survival using state-of-the-art GPS trackers on Dunlin near Utqiagvik, Alaska. This work is led by Sarah Hoepfner, a M.S. student in my lab who is co-advised by Dr. Richard Lanctot with the U.S. Fish and Wildlife Service in Alaska. This is important for several reasons. Foremost, we need to know if nest survival rates reported in the past are biased, and if so, whether the bias is consistent or if it varies with other ecological factors. This is particularly important because prior, potentially human-biased, estimates of nest survival have been used to assess how oil field development and production is affecting nesting birds (e.g., Bentzen et al. 2017, Liebezeit et al. 2009). Are the results of these studies valid? Similarly, nest survival has been related to a whole host of other species-specific life history traits and environmental variables, such as incubation behavior, snow melt, habitat, and predator and alternative prey abundance (Smith et al. 2007, Gilg and Yoccoz 2010, Legagneux et al. 2012, McKinnon et al. 2013, 2014, Weiser et al. 2018). If nest survival estimates are biased, are any of these relationships valid? In short, obtaining estimates into how human disturbance at nests affect their survival will allow managers and biologists to make conservation decisions in light of this knowledge and not in absence of this knowledge. We anticipate that this study may mark a shift in how we monitor birds in the remote areas of the Arctic.

In 2021 we deployed ~40 Milsar tags on pre-breeding shorebirds and then used the GPS tags to assess nest initiation, attendance patterns, and nest attendance duration. The latter variable can then be used to determine nest survival (other clues such as evidence of hatching at nests can also be used). To assess what nest predation rates are like with human visitation, we propose continuing our normal monitoring of nests at nearby study plots maintained by the USFWS crew. We will also record other factors such as the species of bird nesting, density and diversity of other nesting birds in the area, the density and diversity of avian and mammalian predators, the presence of alternative prey (e.g., lemmings), and the vegetation structure at nests. All of these factors can influence nest survival rates, independent of human disturbance. Finally, we will replicate this work for a total of four breeding seasons to help us assess the natural year-to-year variation in nest survival driven by environmental variables mentioned above, as well as other unknown factors we are not measuring. A second M.S. student at Iowa State University, Aaron Yappert, will begin his work in summer 2022 (with a focus on the 2023 and 2024 breeding seasons) and will be advised by Dr. Anna Tucker, Rick, and me.